I Wanted to Have Him as My Rock! 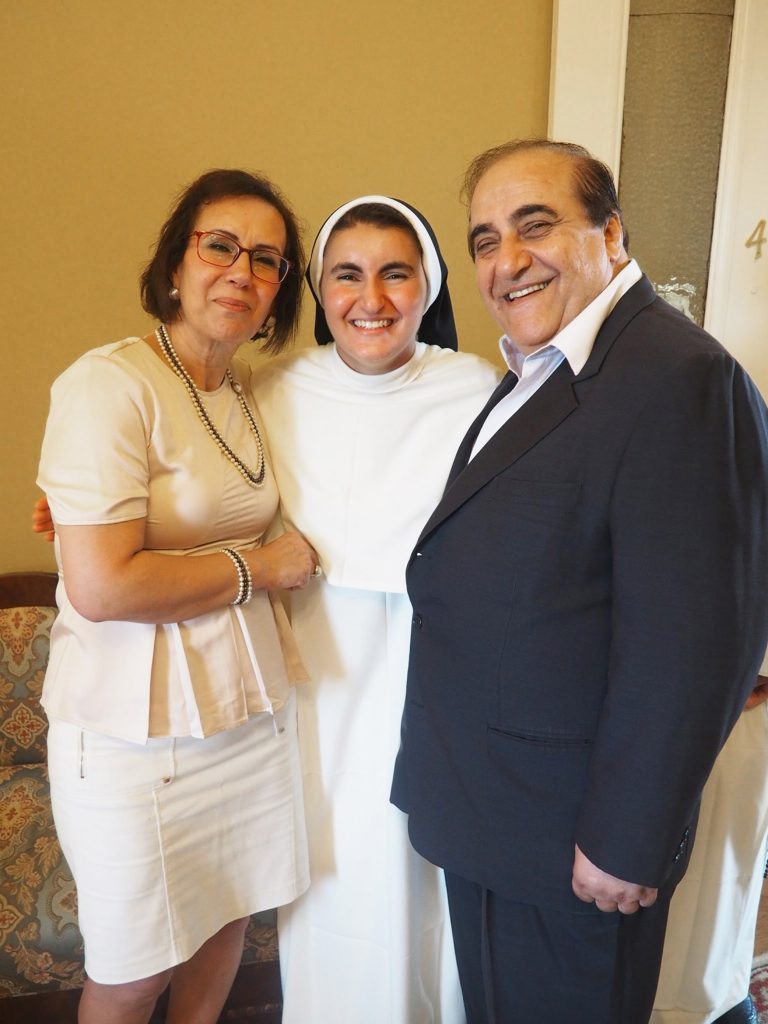 As a child, many of my weekends were spent attending family weddings, and I often dreamt about my own wedding day. I was born and raised in Sydney, Australia in a beautiful and loving Lebanese family. In our home, I daily witnessed my parents open our doors in hospitality to celebrate and welcome many friends and family members. By their example, I learned from my parents the importance of prayer, loyalty, family, generosity, affection, and having a good laugh! By the end of high school and during my first year of University I began slowly to fall away from the beautiful foundation of faith I was given.

Concerned mostly with what was superficial, I strayed from the faith and the mercy of the Sacraments. One day my best friend from high school invited me to a young adult event at the University of Notre Dame in Sydney. I dreaded the idea, horrified of what others would think of me, but I accepted her invitation and found myself having a great time! My friend continued to reach out to me, and we eventually started praying the rosary together. Before praying, she would always offer her intention: “for each other, and for our families.” I was hanging onto Our Lady with one hand, and onto my superficial ambitions with the other, but Mary took me as I was. Through the intercession of Mary, my friend, and many others, my heart began to open little-by-little. I began to believe and trust in God’s love and plan for me. In a very short time, I began to intensely desire God. I returned to the Sacraments and began to pray for five minutes a day. After several months, I still desired to one day get married, but now I desired to marry someone with whom I could journey to God. I even decided not to date for a year so I could grow closer to God. No matter what He called me to do, I wanted to have Him as my Rock! During this year, Jesus became my best friend. I desired to spend more time with Him, share more of my heart with Him, and entrust more of my future to Him. At the end of the year, I attended a youth conference, and instead of meeting a nice young man as I had imagined, I met our sisters and was captivated by their beauty and joy! I secretly began to read online about who they were. I was immediately attracted by the life of these Brides of Christ. I spent four months studying abroad in Lyons, France.

Tucked away throughout the city were many Eucharistic Adoration chapels, so I began to spend an hour with the Lord every day. In His Presence, I met the One who is always present, always attentive, who knows me through and through, and who wants me to have all of His love. He had given His whole self for me in the Eucharist. He held nothing back. What could I give in return for such a precious gift? He had given me my whole life… nothing else made sense to me, but to give it all back to Him! I wanted to be poor, chaste, and obedient like Jesus. I burned with a desire to go and make known His tender love and mercy, that all people, especially those furthest away from Him would receive His grace! But was He really calling me? Or had I made myself feel this way??

There, in the silence of Adoration, He spoke to my heart “I have given you these desires so that you would want to want to belong to Me.” In Jesus, my innate desire to be known and loved by 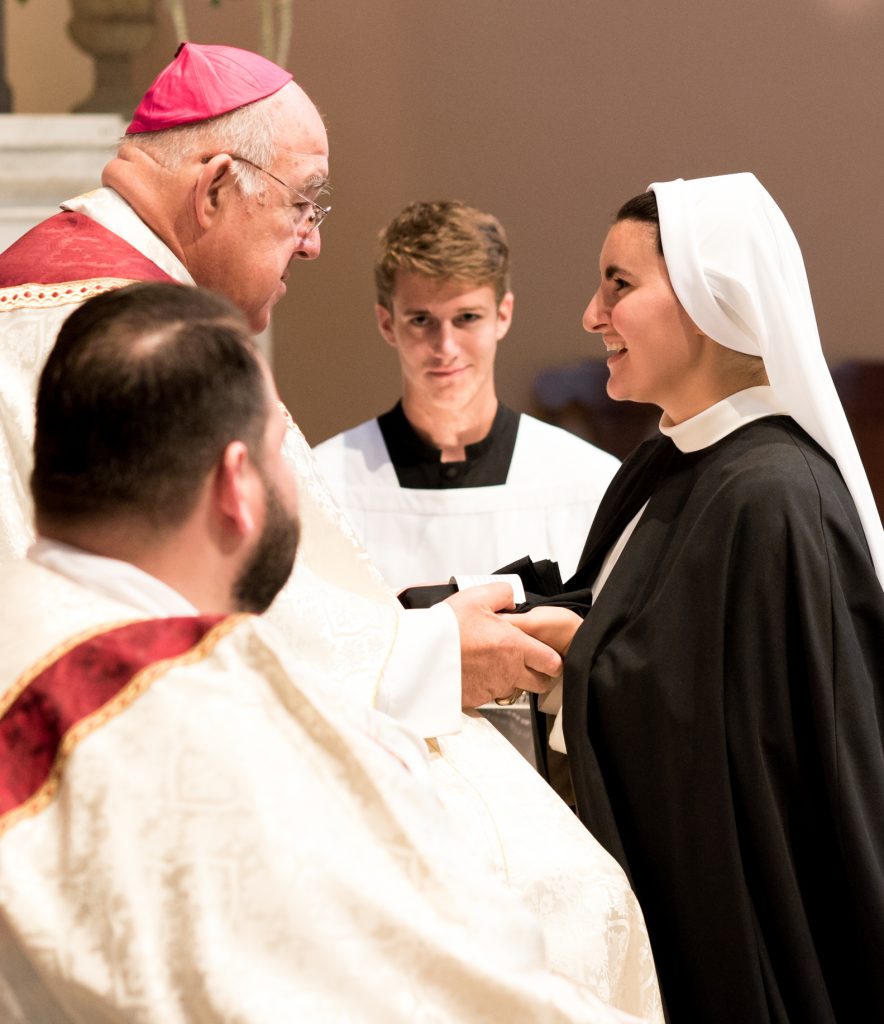 When I returned home, I attended a vocation retreat with our sisters, and fell in love with our community! What struck me most about our sisters was how much they strived for unity of mind and heart in all that they did, without losing anything of their true personalities. I was able to witness this in a new way when I discovered that my own cousin from America, Sister Rosemary, was already a sister in the community!

The sisters radiated the Dominican charism of prayer, study, preaching, and community life for love of God and the salvation of souls, flavored with true Caecilian joy and zeal! It is now my daily joy to belong entirely to Jesus!